The Allied Operation to recover Europe from German Occupation, decided at Casablanca Conference from 14-24 January 1943, between Churchill, Roosevelt and Stalin. The landings date were forced by Stalin at the Tehran Conference (EUREKA) in December 1943 to relieve the pressure on Russia from the Axis troops.

It took three years to plan the invasion and gather materials and was a multinational effort on behalf of the Allies, gathering men, material, aircraft and ships together to mount an invasion and start the Western front. 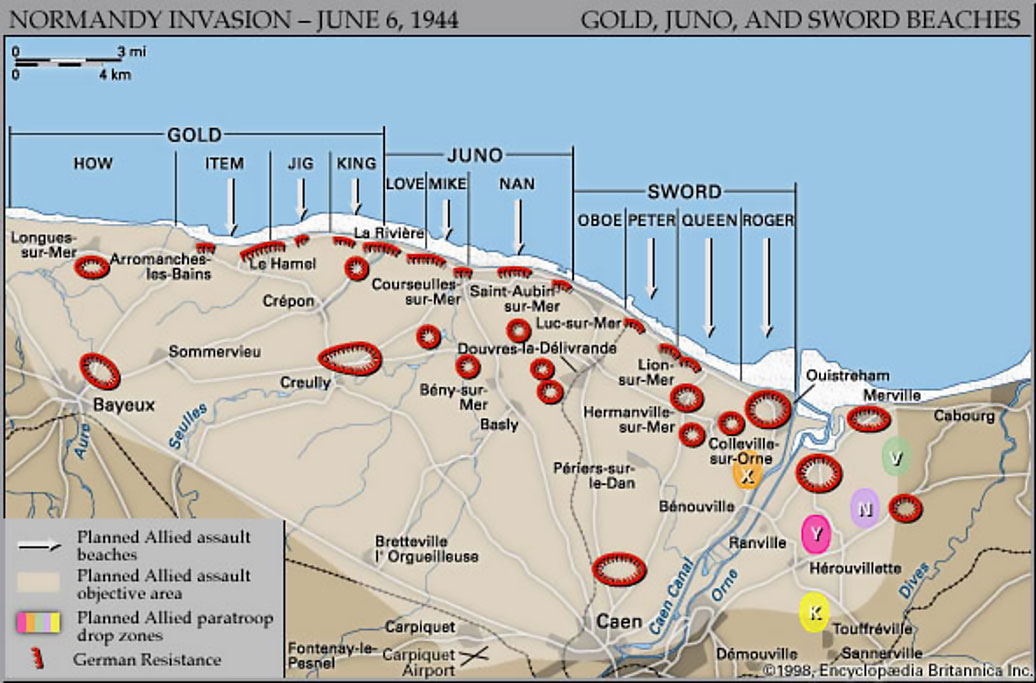 The British 3rd Division task was to secure the Sword landing beaches and then move inland to take the City of Caen.

THE MAIN LANDING BEACHES WERE:

These are the subject of individual books in the series.

The invasion was postponed due to bad weather and eventually General Eisenhower, Supreme Allied Commander gave the Order “Go” for the early hours of June the 6th 1944 for the invasions to start. Midget submarine X23 was positioned off Sword Beach to guide ships to the beaches and the RAF started their bombing runs. The BBC put out coded messages to the French Resistance to activate units to disrupt German communication and transport. The follow up division after the 3rd was the 51st Highland Division under Major General Bullen-Smith.

The RAF Benevolent Fund     Proceeds from the sale of these books will go to our named charity.